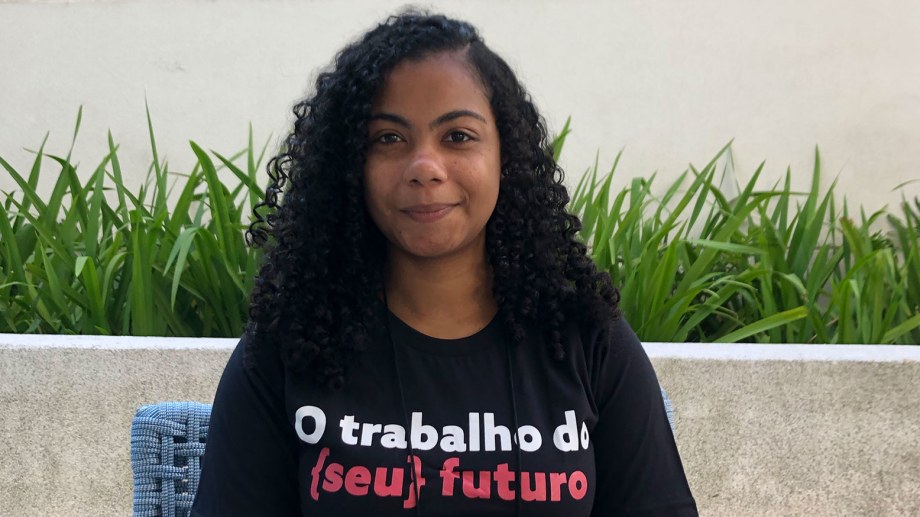 Less than two years ago, Marília decided it was time to breathe some new energy into her life. Leaving her mother’s home, she migrated from Recife to São Paulo, moved into a house with her fiancé, and started a career transition — all at once!

It wouldn’t have taken much longer for Marília to finish her studies in mechanical engineering in Recife, but she couldn’t stand being unemployed for another year. After a few months living in São Paulo, she discovered a new love for information technology during an event. “I loved the way people were welcomed and respected. I was leaning towards changing my career to technology and started studying for the university exams”.
Marília did not make it into university at that time, but found another solution: a tech bootcamp for women. She was devastated when she heard from the two interviewers that, because she had a fiancé who was paying the bills, she didn’t qualify for the opportunity. Marília left the room crying and uncertain about her future.

Marília was one of 35 students in the first cohort of Generation Brazil, in the Java Junior Developer bootcamp. She was inspired by instructors and classmates, by the diversity of the colleagues she had the opportunity learn with. She found exactly what she was looking for — a bootcamp program where she could explore her potential, learn new skills, and take the first step in a new tech career.

“Before Generation, I knew where I wanted to be and was looking for a way to get there. The bootcamp seemed to be the fastest way, but I kept on studying to enter in a university. After Generation, I was approved and began a data analysis graduate course. Because of Generation, I reached a step in my career that I thought would only be possible two years from now.”

A Better Metric for the Value of a Worker Training Program