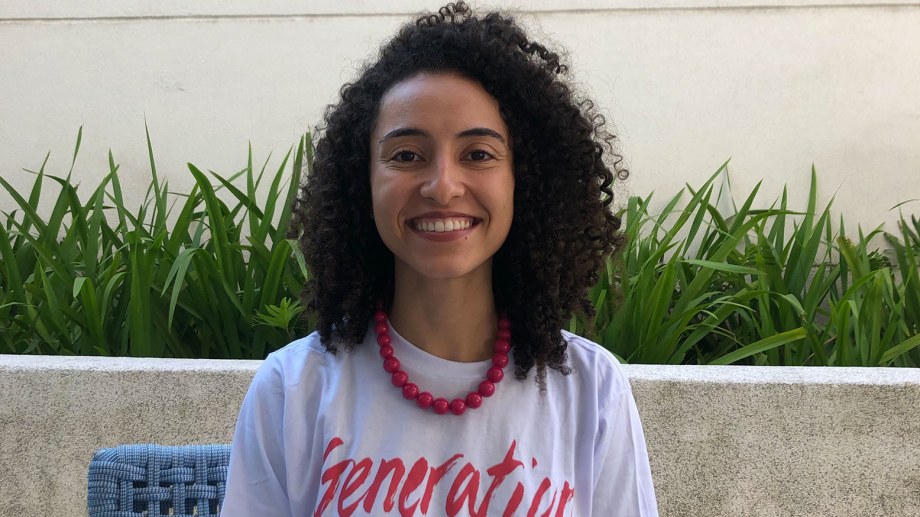 A diverse set of interests

She’s a biologist, a teacher, and now, a woman in tech! Débora always tried to find the right way to meld her passions: biology and technology. During her Biology studies, she pursued a scientific initiation on computer simulation of biomolecules, and did an exchange program in Italy centered on the principals of bioinformatics.

Débora returned to Brazil to graduate, but wasn’t sure of her next steps. She searched for jobs as a school teacher, but couldn’t find one. She considered doing a master’s degree, but couldn’t decide on a field of study. Finally, she took a teaching job in Portugal.
She returned to Brazil eighteen months later. Both her brother and boyfriend were already working in tech and encouraged her to pursue her childhood passion. Like many young professionals hoping to make a transition to tech, Débora was looking for online courses in the field. Then, she came across the first Generation Brazil program in Java development.

It seemed like perfect opportunity for her: a programming bootcamp that guaranteed job interviews, focused on young professionals in career transition, and included mentorship. “Generation provided a unique opportunity. I haven’t seen any other programs with transportation support and other costs covered, mentoring, and weekly assistance from a social worker. In addition, there was the dual focus on hard and soft skills.”

Generation also represented a life-change moment: in order to participate in the 12-week program, Débora moved to São Paulo, to live with her sister, away from the city where she lived with her boyfriend. She left the full-time job as a school teacher that she struggled to find. She was determined to become a “woman in tech.”

In no time, Débora received three job offers. She couldn’t believe it, after so many negative experiences trying to find a job. “On the day we graduated from Generation, two superintendents of a major bank asked to talk to me about opportunities in the company. I was initially nervous about the interview but, in the end, the only thing they asked me was which department I’d like to join!”